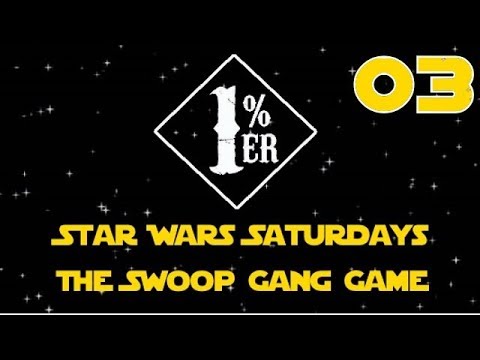 Live to Ride, Ride to Live! ***** Play Outlaw Swoop Bikers in a Star Wars universe on the brink of Galactic War! Your swoop gang is the absolute Best of the Worst. - Commit crimes against the Empire - help charities and the downtrodden - hand out some good old fashioned street justice. Work under the Heat's radar and go toe to toe with your Rival Gang. Be cool, and when cool won't cut it, be karking awesome! This game is part of the ongoing Star Wars Saturdays series. The time setting is between episode III and IV of the Star Wars movies, when the Empire was in control, jedi were few and hunted, and the rebellion was growing in fits and starts. Characters and settings created in this miniseries will exist in the SWS canon for future miniseries.