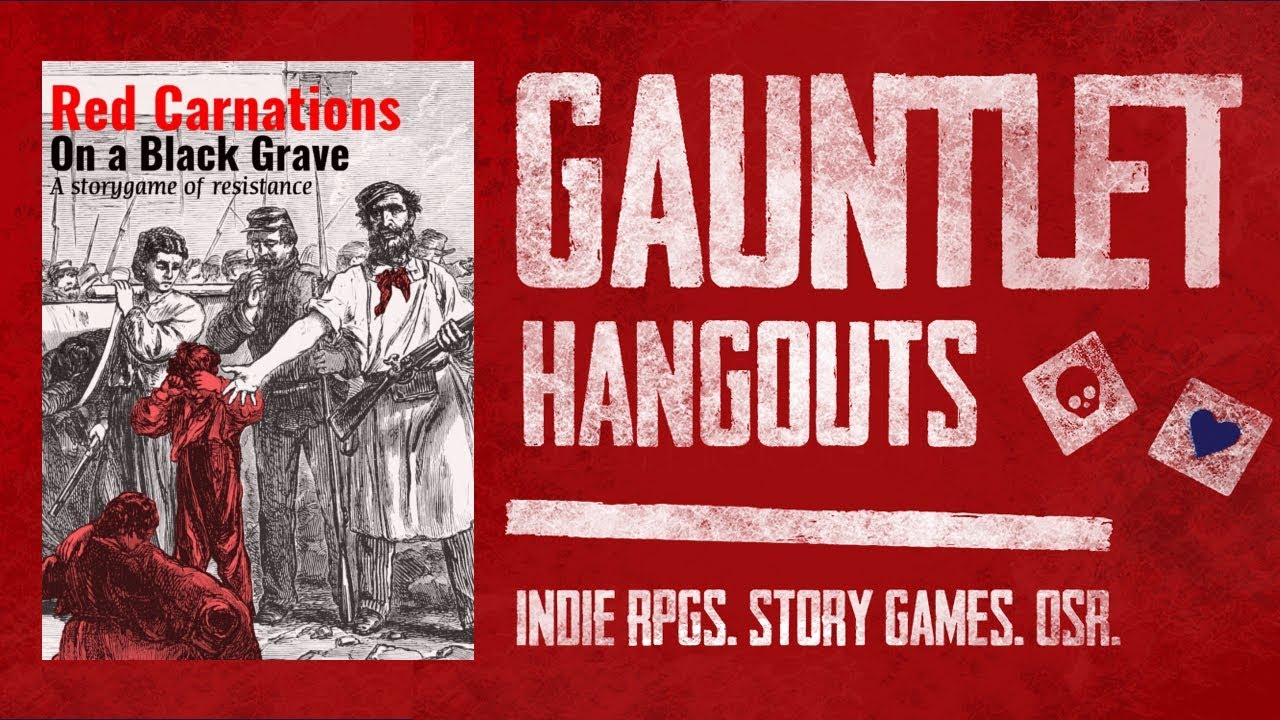 Playtest on google hangouts of my storygame "Red Carnations on a Black Grave" with members of the Gauntlet community. Character relationship map here: https://docs.google.com/drawings/d/1hsfts4IOxBesNVoks-S0pKXy3hjwr0IHR2IOQY9duqw/edit?usp=sharing "For just over two months in 1871, the Paris Commune tried to make an egalitarian, socialist state a reality despite disagreement within their walls and attacks from outside it. This is the story of 12 Communards, their messy personal lives and their attempts to create a utopia in the face of impending death. How far would you go for what you believe in? Would you stand firm even if it meant your death? A freeform game very much in the spirit of Montsegur: 1244 and Witch: the Road to Lindisfarne."